Our Commitment to our Customers

Our no-cost Sight Unseen service is designed to assist cattlemen who can't make it to our sale. This service  allows you to purchase a Judd Ranch bull or female sight unseen and be guaranteed that you will like the purchase - or the bull and/or female will be returned to us and your money refunded. 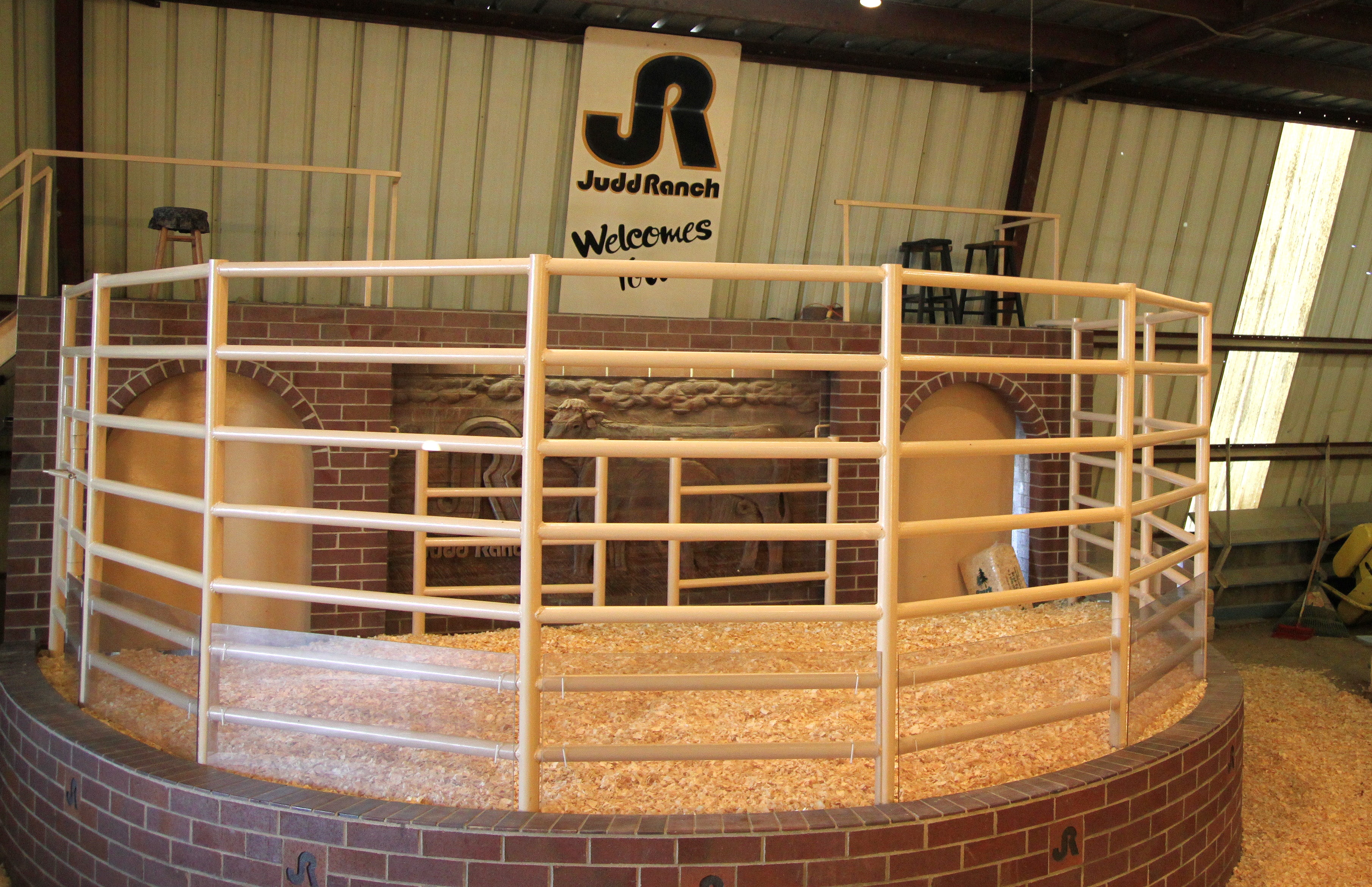 To take advantage of this service, call Judd Ranch Consultant Roger Gatz toll-free at 1-800-743-0026. Roger will ask about your cowherd and the bulls or females in the catalog that you like. After a discussion about the cattle, you will be asked to select your final pick(s) and specify a maximum bid for each animal or a total dollar amount for several animals. We will handle your bidding on sale day, and we will make every effort to get your animals for less than your maximum dollar.

This service has been used by about 25% of all buyers, and no buyer has returned an animal to date.

Rick Moore, a cow-calf producer from Kansas, says he used the Sight Unseen program because he wanted someone who knows the bulls to handle the selection process for him. "I'm not good at picking out bulls," Rick tells. "I called Roger, with Cattlemen's Connection, and we talked about my program and what I want in a bull. He listened, answered all of my questions, and said he would select bulls for me. When the bulls arrived, they were a really nice pair, and they worked well during breeding season. I'd use the Sight Unseen program again." Rick adds that his two bulls were purchased for less than he anticipated. "It's nice to get two really good bulls and not spend what you thought you might have to spend," he adds.

"I love to go to the sale and be able to look at the bulls and evaluate them in person," explains Leo.

Since he was not going to be able to attend the 2018 sale, he called Roger and discussed the offering prior to the sale.  "I talked to Roger three times," he says with a chuckle.  "I picked out about a dozen bulls I liked in the sale catalog, I got input from Roger about each one individually, and then we picked out the one we ended up liking and gave him our bid.  We got the bull and we really like him."

A three generation family operation, Leo ranches with his dad, Richard, and son, Andy.  Their breeding program includes 190 cows with the goal of making Balancers to sell as feeders and keep high quality replacement females.  He rotates his herd bull battery breed every 10 years between red Gelbvieh and Red Angus.

"Judds are year after year leaders with dams of distinction and dams of merit," Leo explains.  "The goal of producing better replacement females is the reason why I originally went to Judds to purchase bulls."

Leo admits that with Judd bulls he got more than just great replacements.  "The steer calves sired by Judd bulls are also great and the temperament of Judd genetics is awesome."

He also commented on the customer service provided by the Judd Ranch team.  "They are excellent," he explains,"they go the extra mile to make sure you are happy."

Leo encourages individuals who can't make it to the sale to consider the SUS program and even if you are going to attend the sale, he recommends you contact Roger prior to the sale to discuss the offering.  "If you tell him about your breeding program and goals and give him a list of your 'favorites,' he'll shoot it to you straight and help you narrow down the list to fit your objectives.  Roger and the Judd family want their customers to be happy and to make sure the purchases they make will work for them."

When Eric Hansen, North Platte, Nebr., started buying Judd Ranch bulls 10 years ago, he went to the sale.  But when he became aware of the Sight Unseen program, he decided to use it rather than drive the six hours to the sale.

"No one else has such a great selection of Gelbvieh bulls, so it's worth the drive," Eric explains, "but why drive when you can use the Sight Unseen program."

"Because Roger remembered the bull I bought, he had a real feel for the type of bulls I want," Eric states.  "Each time I need a bull, I call Roger and tell him my price range.  He'll find me bulls in the sale catalog that he thinks will fit my needs and price range and share those lots with me."

"After some discussion, I give him a set price for each bull.  Then I wait until after the sale to find out which bulls got purchased for me.  I've always been happy with the results."

Eric adds that Dave and Cindy Judd have delivered his bulls the last few years.

"They take time to talk with me, and they seem like really nice, down to earth people," Eric says.  "I've only purchased a handful of bulls through the years, and they treat me like I am their No. 1 customer."

"Part of the reason the Sight Unseen program works so well is because you're buying Judd Ranch bulls from good, honest cowmen."

Tom LeCuyer, a commercial cowman from Morrowville, Kansas, had attended one Judd Ranch bull sale, but decided to take advantage of the Sight Unseen Program for the 2010 sale. "After considering my choices and his suggestions, I told Roger which bulls to put on my list, explaining that I only wanted to buy one bull. But I gave him several bulls to bid on, hoping to buy one bull. In the end, I got a bull and I am extremely happy with the purchase. He's a really good one." Tom added that he was able to purchase this bull for $500 less than the maximum amount he gave Roger to spend.

Lester Ridle of Illinois was very familiar with the Judd Ranch program because his son, Rob, had worked for the Judd's as a herdsman for several years. Ridle had a conflict with sale day, so he turned to the Sight Unseen Program. "I got an excellent bull," Ridle tells. "In fact, the bull Roger purchased for me was probably a better bull than what I might have selected on my own. I also got the bull for $1,200 less than what I had planned on spending."

Another service provided by Judd Ranch is the Quality Assurance Guarantee. As a first-time buyer, you will either like the sale offering or your travel expense will be returned. The only criteria is that you call and talk directly with Dave Judd or Roger Gatz about the sale offering prior to coming to the sale. 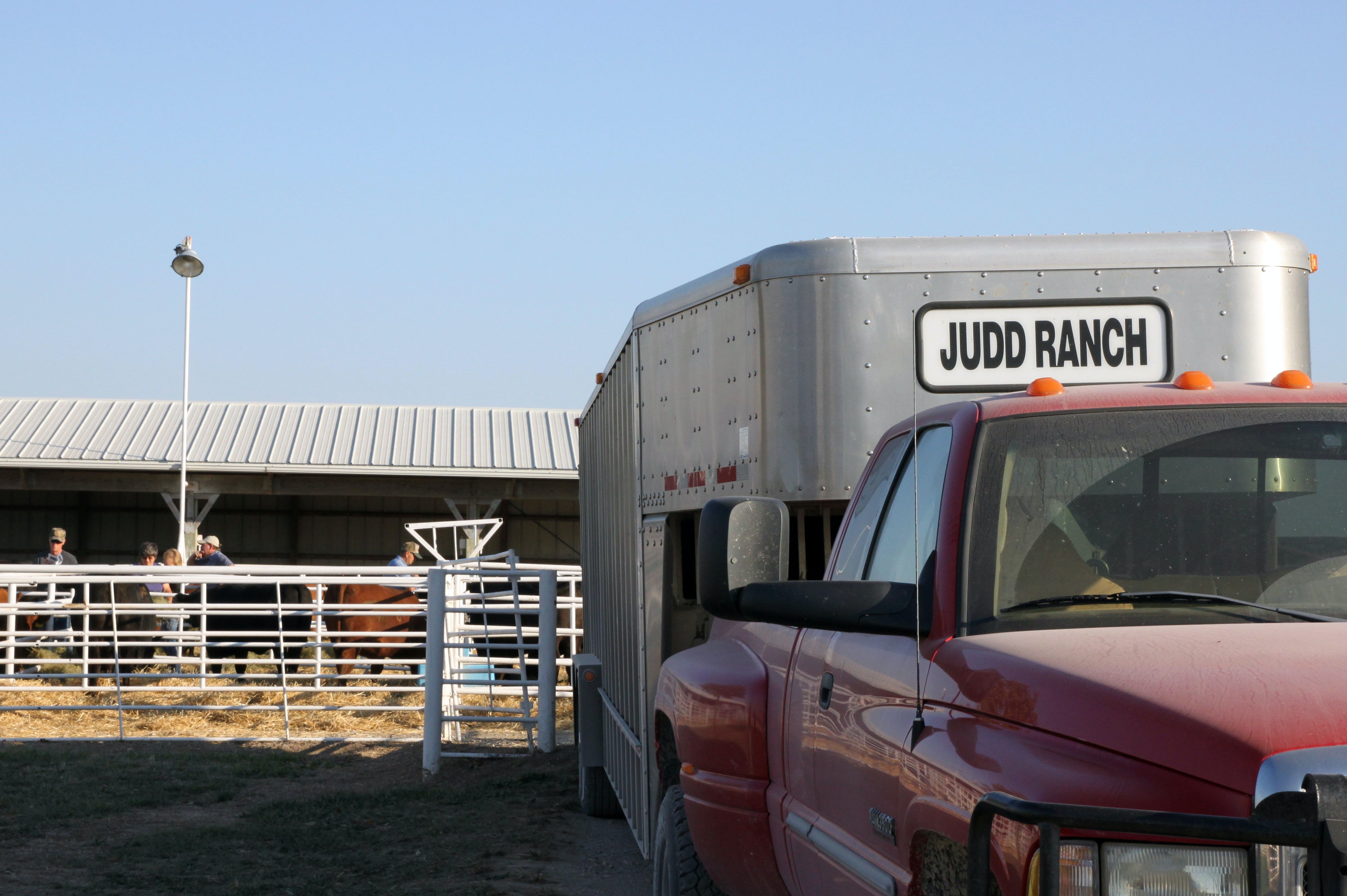 If you travel to the Judd Ranch annual bull sale or COW POWER female sale and do not find the animals to fit the descriptions shared by Dave or Roger, you're covered by the Quality Assurance Guarantee. To date, not one person has requested reimbursement of his/her travel expenses.